Memory Impairment: A Too Common Ailment

One in three Canadians over the age of 60 years suffers from some form of Age Associated Memory Impairment.  It is thus not surprising that both researchers and everyday individuals continue to search for natural ways to improve memory and alertness and slow down the cognitive decline that occurs as a result of aging.  Researchers have recently discovered a number of natural solutions that can help to improve cognitive health and memory. One of these breakthrough ingredients is called Alpha-GPC.

Recently there’s been a lot of excitement in the medical community about Alpha-GPC, which is a highly bio-available form of the nutrient choline. It started in Italy where clinical trials have been performed on the ingredient for over ten years. Alpha-GPC has just recently become available in North America. A total of 22 studies involving more than 4,000 subjects have shown positive results in mental alertness, reasoning, information processing, and general mental performance – all with Alpha-GPC.

Choline is a building block for acetylcholine, the neurotransmitter or chemical messenger responsible for our thinking and memory. Equally important, choline is also used to build cell membranes, including those in your brain. A decline in choline is a normal result of aging, but this decline can affect your short-term memory.  It sounds simple to just add choline, but it has to be the right form or your body will not be able to absorb and use it properly. That’s why the recent studies on Alpha-GPC are so important. In fact, these studies have shown that Alpha-GPC is more effective for supporting choline levels, memory and cognitive function than other commonly used forms of choline, like cytosine diphosphocholine (CDP).

Nutrients for a Sharper Mind

Along with Alpha-GPC Memory Essentials includes other supporting ingredients to promote sharper memories, clearer thinking, and improved mental quickness. These other ingredients include proven memory enhancers like Ginkgo biloba, Phosphatidylserine, natural extracts from blueberry and green tea and vitamins B5, B12 and folic acid.  These ingredients have been shown to improve cognitive function and memory in humans.  For example; phosphatidylserine (PS) is an important component of the cell membranes of brain cells that is needed for proper signalling in the brain. Supplementation with PS has consistently been shown to improve memory, alertness, concentration and focus in individuals with cognitive dysfunction.

More recently, antioxidants from blueberry and green tea have also been shown to be highly beneficial for cognitive health. In one study, supplementation with blueberry extract improved memory performance and reduced depression in older adults within 12 weeks.  Green tea extract has been shown to increase the body’s production of new brain cells, and to improve spatial learning and memory.  Finally, B vitamins like B5, B12 and folic acid are essential for maintaining optimal brain and nerve function. B vitamins are important for many processes in the body and can also help to reduce levels of the damaging amino acid Homocysteine. High homocysteine levels have been linked to many negative health conditions, including cognitive decline.  A recent study found that supplementing with vitamin B12 and folic acid can slow down brain matter loss associated with aging and high homocysteine levels.

Memory Essentials contains a combination of cutting edge ingredients backed with the latest research. The superior combination of vitamins and natural ingredients will help you to maintain a healthy brain, promote sharper memories, clearer thinking, and improved mental alertness.

Dr. Julian Whitaker, a true pioneer and trusted authority of alternative medicine—as well as an author, lecturer, and founder of the Whitaker Wellness Institute—has spent more than 40 years helping people improve their quality of life by providing them with the knowledge and tools that engender health and wellness.

Dr. Whitaker graduated from Dartmouth College and went on to earn his MD from Emory University. He completed his surgical internship at Grady Memorial Hospital in Atlanta. In 1974, along with four other doctors and two-time Nobel Prize winner Linus Pauling, Dr. Whitaker founded the California Orthomolecular Medical Society. In 1976, he joined the staff at the Pritikin Longevity Center, where he worked before opening the Whitaker Wellness Institute in 1979.

Early in his medical career, an encounter with a patient inspired Dr. Whitaker to begin researching nutritional supplements and other natural therapies ignored by medical schools and most conventional physicians. As a result of his research and firsthand experiences, he quickly became convinced that natural therapies held far more potential for maintaining and restoring health than prescription drugs and invasive procedures. This conviction led him to take “the road less traveled” and redirect his career into alternative medicine—or as he prefers to call it, “good medicine.”

Dr. Whitaker’s philosophy and treatment protocols involve a combination of therapeutic lifestyle changes, vitamins and other targeted nutritional supplements, and additional cutting-edge natural therapies that work in tandem to jump-start the body’s innate healing ability. He believes that with the right guidance, education, and therapies, we are all capable of achieving optimal health and well-being and that no patient is too sick to improve his or her health. This, he says, is the true meaning of “health care”—achieving wellness, not managing disease.

Healing, Educating, and Arming the Masses

More than 45,000 patients from around the world—many with serious, chronic illnesses who had been failed by conventional medicine—have participated in the clinic’s Back to Health Program, consisting of health education, meals, exercise, testing, nutritional supplements, and a wide range of noninvasive therapies. These clinic-based therapies include hyperbaric oxygen therapy, EECP, acupuncture, chelation, bioidentical hormones, IV therapies, and microcurrent therapy, plus many others.

To further help people take charge of their health, Dr. Whitaker shares research, treatment protocols, and patient success stories in his monthly newsletter Health & Healing, which has been read by hundreds of thousands of subscribers since it was first published in August 1991.

Dr. Whitaker is widely known for helping people naturally achieve and maintain healthy blood sugar levels. He has treated tens of thousands of patients who have come to the Whitaker Wellness Institute seeking better health and support in this area, and he has written top-selling books and given countless lectures on this condition, which is affecting our country in epidemic proportions. 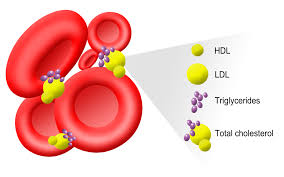 A Champion of Health Freedom

Dr. Whitaker is an avid supporter and advocate of freedom of choice in medical care, including the right to use nutritional supplements and other natural therapies. Founder of the nonprofit organization, Dr. Whitaker’s Freedom of Health Foundation, he has been on the forefront of this movement, fighting and winning numerous battles to protect our freedoms.

His successes include: testifying at Congressional hearings in support of the Dietary Supplement Health and Education Act (DSHEA); suing and winning the right to list truthful information on supplement labels, which had been unconstitutionally blocked by the Food and Drug Administration; and helping patients, newsletter subscribers, and other doctors who have been wrongfully persecuted for their health care choices and practices. For these efforts, Dr. Whitaker has also won several awards for his contributions in this arena.