More and more North Americans are demanding food free of synthetic chemicals. But EWG’s analysis of tests by the U.S. Department of Agriculture found that nearly 70 percent of samples of 48 types of conventionally grown produce were contaminated with pesticide residues.

The USDA found a total of 178 different pesticides and pesticide breakdown products on the thousands of produce samples it analyzed. The pesticides persisted on fruits and vegetables even when they were washed and, in some cases, peeled. But there are stark differences in the number and amount of pesticides on various types of produce. EWG’s annual Shopper’s Guide to Pesticides in Produce lists the Dirty Dozen fruits and vegetables with the most pesticide residues, and the Clean Fifteen, for which few, if any, residues were detected.

When buying organic produce is not an option, use the Shopper’s Guide to choose foods lower in pesticide residues. With the Shopper’s Guide, you can have the health benefits of a diet rich in fruits and vegetables while limiting your exposure to pesticides.

Highlights of the Dirty Dozen

Each of these foods tested positive for a number of different pesticide residues and contained higher concentrations of pesticides than other produce. Pears and potatoes were new additions to the Dirty Dozen, displacing cherry tomatoes and cucumbers from last year’s list.

Most processed foods typically contain one or more ingredient derived from genetically engineered crops, such as corn syrup and corn oil made from predominantly GMO starchy field corn. Yet GMO food is not often found in the produce section of American supermarkets. A small percentage of zucchini, yellow squash and sweet corn is genetically modified.1 Most Hawaiian papaya is GMO. Other varieties of GMO foods are currently being tested. The USDA may approve them in the future.

Again this year, we have expanded the Dirty Dozen list to highlight hot peppers, which do not meet our traditional ranking criteria but were found to be contaminated with insecticides toxic to the human nervous system.

USDA tests of 739 samples of hot peppers in 2010 and 2011 found residues of three highly toxic insecticides – acephate, chlorpyrifos and oxamyl – on a portion of sampled peppers at concentrations high enough to cause concern. These insecticides are banned on some crops but still allowed on hot peppers. In 2015, California regulators tested 72 unwashed hot peppers and found that residues of these three pesticides are still occasionally detected on the crop.

The federal Food Quality Protection Act of 1996 mandated that the Environmental Protection Agency tighten regulation of pesticides and reduce the risks of pesticide exposure for children. The act prompted the EPA to restrict the use of many chemicals, including organophosphate pesticides, which are potent neurotoxins. Even in low doses, they can impair children’s intelligence and brain development.

Over the past two decades, organophosphates have been withdrawn from many agricultural uses and banned from household pesticides. Yet they can still be applied to certain crops. 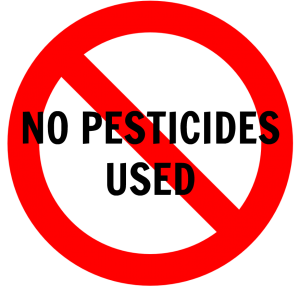 Several long-term studies of American children initiated in the 1990s found that children’s exposures to toxic organophosphate insecticides – not only in farm communities but also in cities – were high enough to cause subtle but lasting damages to their brains and nervous systems.

The EPA and some in the agriculture industry argue that restrictions enacted after these children were born would ensure that contemporary children’s exposures to these pesticides from food are safe. But a 2012 study, led by Stephen Rauch of British Columbia’s Children’s Hospital, found decreases in infant birth weight and shorter pregnancies among 300 Ohio mothers exposed to organophosphates during pregnancy.  These pregnancies occurred after major organophosphate restrictions took effect in the early 2000s. The study indicates that organophosphate exposures must be further curtailed to protect children’s health.

How Consumers Can Avoid Pesticides

Smart shopping choices matter. People who eat organic produce eat fewer pesticides. A 2015 study by Cynthia Curl of the University of Washington found that people who report they “often or always” buy organic produce had significantly less organophosphate insecticides in their urine samples. This was true even though they reported eating 70 percent more servings of fruits and vegetables per day than adults reporting they “rarely or never” purchase organic produce.  Several long-term observational studies have indicated that organophosphate insecticides may impair children’s brain development.

In 2012, the American Academy of Pediatrics issued an important report that said children have “unique susceptibilities to [pesticide residues’] potential toxicity.” The pediatricians’ organization cited research that linked pesticide exposures in early life to “pediatric cancers, decreased cognitive function, and behavioral problems.” It advised its members to urge parents to consult “reliable resources that provide information on the relative pesticide content of various fruits and vegetables.” A key resource it cited was EWG’s Shopper’s Guide to Pesticides in Produce.

EWG’s Shopper’s Guide ranks pesticide contamination on 48 popular fruits and vegetables based on an analysis of more than 36,000 samples taken by the USDA and the Food and Drug Administration. The USDA doesn’t test every food every year. EWG generally used the most recent sampling period for each food.

Nearly all the tests that serve as the basis for the guide were conducted by USDA personnel, who washed or peeled produce to mimic consumer practices. It is a reasonable assumption that unwashed produce would likely have higher concentrations of pesticide residues, as is typically found in California Department of Pesticide Regulation tests that include unwashed, unpeeled produce. 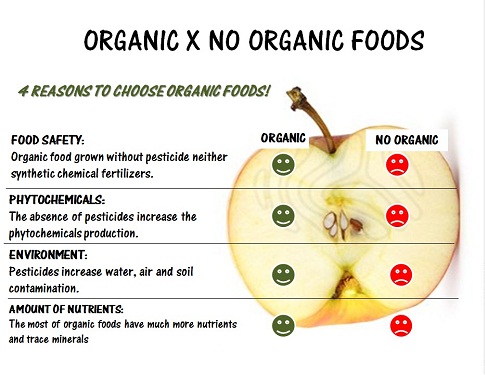 For each metric, we ranked each food based on its individual USDA test results, then normalized the scores on a 1 to 100 scale, with 100 being the highest. A food’s final score is the total of the six normalized scores from each metric. When domestically grown and imported produce items had notably different scores we displayed them separately to help guide consumers toward lower-pesticide options. The Shopper’s Guide full list shows fruits and vegetables in the order of these final scores.

Our goal is to show a range of different measures of pesticide contamination to account for uncertainties in the science. All categories were treated equally. The likelihood that a person would eat multiple pesticides on a single food was given the same weight as amounts of the pesticide detected and the percent of the crop on which any pesticides were found.

The Shopper’s Guide is not built on a complex assessment of pesticide risks but instead reflects the overall pesticide loads of common fruits and vegetables. This approach best captures the uncertainties about the risks and consequences of pesticide exposure. Since researchers are constantly developing new insights into how pesticides act on living organisms, no one can say that concentrations of pesticides assumed to be safe today are, in fact, harmless.

EWG’s Shopper’s Guide aims to give consumers the confidence that by following EWG’s advice, they can buy foods with fewer types of pesticides and lower overall concentrations of pesticide residues.